Mary Stewart and my to read pile

Early this month, the novelist Mary Stewart died. She was ninety seven and I would honestly have said I thought she had shuffled off her mortal coil a long time ago.
I can absolutely lay my adoration of all things Arthurian at her feet after reading the Hollow Hills when I was very young. She also wrote a few romance novels and last night when I was looking for something to read (as if I need to look for things to read - I know) I remembered those and went looking for them. Specifically, ‘My brother Michael’, the ‘Gabriel Hounds’ or ‘Airs above the Ground’. I own a few books and I know that I had paperback editions of those. I can tell you what the covers looked like. I know that I owned those books. I have read them.
But I couldn't find them and they weren't in my book database.
I found ‘Touch not the cat’ but after spending some time searching my shelves, I had used up my reading time.
I rarely, if ever, give books away and I can’t be sure when these got lost. I've moved house a lot over the years and maybe a box got lost somewhere? I don’t know.
Now I want to reread them and part of me is worried if I track them down or search a charity shop and find them. Sometimes I go back and read old favourites to find that I have changed too much for them. They are still the same and often that is the problem.
Off to the charity shop to check it out.
*puts hand over your mouth* no, don’t tell me I don’t need more books.
Eyes Goodreads ‘to read’ list of 130 items.
Sighs.

Posted by Anne-Maree Gray at 09:35 No comments:

Eclipsing sun blog award results were posted Friday 23rd May 2014 and I got a couple of prizes.
Thanks so much to the site for running the awards; things like that take a lot of work and organisation. And thanks to everyone who voted. It doesn't matter who you voted for, as long as you got involved.

Second place in Twisted Lemonade: The MC fic that leaves you panting for more... With my story Apologies, of course.

And first place in the Make Me Moan: The author that can really juice a lemon category. 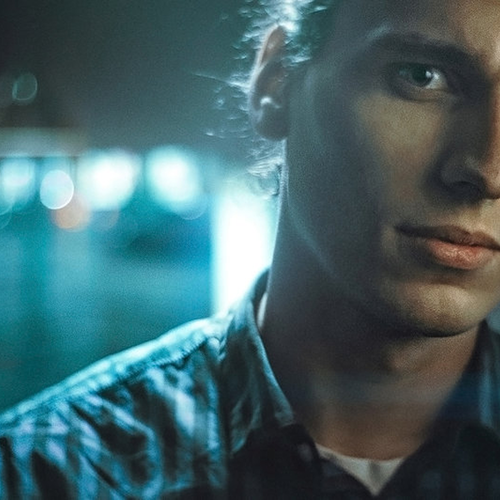 Image Source: marhiao.deviantart.com
http://writeworld.tumblr.com/post/83437414119/writers-block-a-picture-says-a-thousand-words
His head tilted to the side. The lights behind him bright and out of focus. His eyes looked concerned. “Are you okay?”
She blinked at him and tried to focus on his face. She couldn’t seem to see the man who was speaking and she stood, uncertainly, at the end of the supermarket cashier’s counter.
“You?” he checked. “Are you okay?” His hand reached out as if he wanted to touch her but didn’t.
He didn’t know her; he was just concerned.
She couldn’t seem to speak to answer him; just gaped at him, open mouthed.
He held up the plastic shopping bag. “You left this behind.”
“Oh.” Staring at it blankly, she still didn’t take it.
“It was yours?” He was starting to think he might have made a mistake.
“Yes. We needed milk.” For the first time she looked up at him. “My mother died this morning... but we needed milk... someone had to buy the milk.”
He took a breath and then nodded. He did not say he was sorry for her loss; it seemed inappropriate. He wasn’t sorry about her mother, but he was obviously concerned for her. “Are you okay to drive home?”
She nodded. “I g-got here.” Although she didn’t remember doing it; not block by block.
She noticed his wedding ring when he reached into his pocket. He handed her a name card. “Please... I know that you don’t know me, but call me when you get home.”
She stared down at the card. “Do I look like I won’t make it?”
“You look... like you’re in shock. I’d drive your car myself if my wife was here to follow us.”
“Oh.” She stared at the card again. “Okay.”
She had turned to go when he called out to her but she had already started to turn back.
“The groceries.” They both said it at the same time.
“Thank you.” A pause. “I’ll call,” she promised.
“Good.”
As she placed her groceries in the car, she felt a small ray of hope. There were people in the world who were nice. She had never particularly liked that word before but she was glad to be the recipient of some kind thoughts today; a small moment of concern from a fellow human being with no other agenda.
Shutting the car trunk, she thought she could get through this day. And then the next... and then the one after that.
And she wouldn’t forget to call.
~~~~
© AM Gray 2014

Posted by Anne-Maree Gray at 15:42 No comments:

I think his name was David

I think his name was David.
Writer’s Block

In one sentence is the spark of a story. Ignite.

Posted by Anne-Maree Gray at 16:19 No comments: 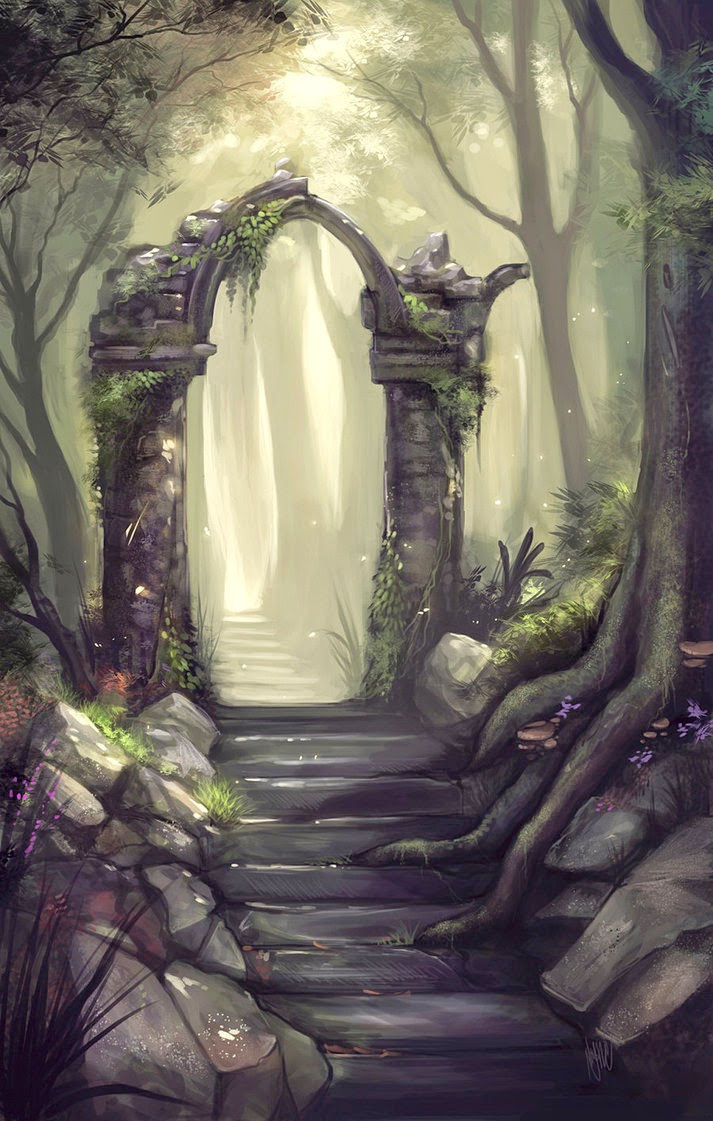 Picture Source: ninjatic.deviantart.com
http://writeworld.tumblr.com/post/85265725329/writers-block-a-picture-says-a-thousand-words
“Huh,” she said. “Now that’s weird.”
He glanced the way she was looking and saw a ruined arch standing across the path with more stairs behind it. The arch he could see, why it was weird, he missed.
“Weird? Why?” He had learnt that it was just better to ask her.
“An arch… like a doorway… with no wall.”
“No wall,” he repeated stupidly.
“Next to the archway.”
“Oh.” He paused. “I think I understand.”
She snorted. “Who builds what is basically a door in the middle of a path?”
“With no walls.”
“Right.”
“Dunno.”
She rolled her eyes.
Tilting his head, he studied it; still trying to work out why it unnerved her. He knew that it did because she hadn’t just walked through it. And she had stopped him doing it, too.
“There’s a second bit.” He pointed to the right hand side where the remnant of the next curve remained.”
“Maybe it was part of a wall.”
“Or a colonnade.” he suggested. “Is that what they call it when there are a few arches in a row?”
“Something like that,” she answered but she was distracted. Clambering up the side, but without passing through the door, he noticed, she started scrabbling in the undergrowth. “If there is... there should be another base.”
He leaned against a tree and let her dig about. He had learned from past practice that she didn’t appreciate his help. He found an apple in his bag and started munching it, studying the path as he did.
She was using a stick to gouge out the earth. “Nope,” she puffed. “Only two bases.” She sat back on her haunches. “Now that is weirder.”
“Double doorway but one path.” He nibbled some more.
He had finished his apple down to the core so he tossed it away. It went through the archway and vanished.
“I win,” he said.
~~~~~
© AM Gray 2014

Posted by Anne-Maree Gray at 19:43 No comments:

Her feet were bruised and muddy

Her feet were bruised and muddy.
Writer’s Block

In one sentence is the spark of a story. Ignite.

Be sure to tag writeworld in your block!
http://writeworld.tumblr.com/post/61631037006/her-feet-were-bruised-and-muddy

Her feet were bruised and muddy. She had clearly walked miles on bare feet.
He looked down at them obviously. “Where are your shoes?”
She shrugged. “Lost them.”
“Lost them or they took them?”
Another shrug.
So, they took them. He knew that before he asked. “Go wash your feet under the garden hose.”
She hurried off to do that while he grabbed a towel. She wasn’t his kid. No relation to him at all. But she was part of his pack. That meant he had to look after her. He didn’t mind; he had always liked her. But she did need to stand up for herself. If only because her mother would get that strained look on her face. The one that she got at the thought of trying to find the money to buy new shoes. This wasn’t the first time this had happened.
He thought he understood. She could hurt them; really badly. She wasn’t frightened of standing up for herself. She was frightened of standing out. If she belted up all the bullies... she would be... what? The new head bully?
That, she wasn’t ever going to do.
He also knew he couldn’t interfere.
He lent her a pair of sandals that were just way too large for her. He motioned her towards the truck, as per usual. But not as per usual, he turned right out of the yard gate instead of left.
She gave him a panicked glance and hunched down in her seat.
He drove back towards the school. She had been held up until she missed the bus, otherwise she wouldn’t have needed the ride home.
He spotted the shoes. He could tell he was close because she started to shift nervously in her seat. He parked the truck, got out and looked up. Her shoes had the laces tied together and were hung from the top of the flagpole.
“Huh,” he said,
She was staring at the ground.
“Well, go on.”
“What?” she growled out.
“Go get ‘em.”
She didn’t bother to deny that she could, but she also didn’t move.
“Go!” he ordered.
Slipping off the sandals and as agile as a monkey she shimmied up the pole. When she couldn’t untie them, she cut the laces with a switchblade she pulled out of her back pocket. Her mother would prefer to buy new laces, than new shoes.
“Shit! She carries a knife?” he heard from nearby.
He stifled his smile. Clearly one of her abusers was having second thoughts. He hoped that she hadn’t heard it.
She waved the shoes at him triumphantly when she landed on the ground.
“Good. Let’s get you home.”
He felt like putting his arm around her; he would miss her visits, but he suspected that he wouldn’t see her shoeless at his door again. And that was a good thing.
~~~~
© AM Gray 2014

Posted by Anne-Maree Gray at 12:49 No comments: