it's my sixth anniversary

I wrote this post back in 2013, but it still works. Except that 'What was she doing?' is now on the fave list of 1469 fanfiction readers and pushes it down to fifth place. It has over half a million hits.

***
June 9th. On this day back in 2010 I posted the first chapter of a little story called ‘What was she doing?’ My first attempt at writing fanfiction and the start of my obsession with putting the characters Paul and Bella from Twilight, together. It is little, too - just under 30,000 words. At least compared to some things I write now. 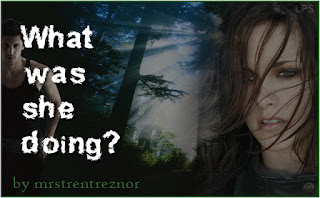 
http://www.fanfiction.net/s/6036022/1/What-was-she-doing
The title is actually the first line of the story. I am utterly hopeless at thinking of fic titles. If you save a document in Microsoft Word it defaults to name it whatever the first line is. That was the rough draft name and it just stayed, then it spawned a whole set of W stories after that. It is on the favourite list of 999 people at fanfic. That puts it at fourth in that list. Not bad for such a little story.
Some days I look at it and think it begs to be rewritten, but if I started doing that with my old stories I would never write anything new. I’d be trapped in an endless cycle of rewrites. And in a way, it is a view of me back then; my style, my mistakes and things that I would write differently if I wrote them now. It’s historic MTR. I still get reviews from people who love it and take the time to tell me that, and I really appreciate that.


So I will pour myself a glass of wine tonight, toast that story and all the people who read it, and remember how it started my continuing obsession with writing.
Thank you all.
Posted by Unknown at 09:10