I was tooling about on my Pinterest page and realised that my fanfiction list is missing an awful lot of entries. I don’t have Photoshop skills, I failed with Gimp - I needed another degree to work that one - and most of the banner makers I know from ages ago aren't doing it anymore.
But in the spirit of learning things from free videos, I was watching one where the person was making a printable book for Amazon. She’d upload it and if it sold, fine - if it didn’t, it had taken less than one hour of her time to make it. With print on demand, it cost her nothing other than time to produce a journal. And she could get weirdly specific: things like migraine journals and so on. She was selling the way to make these journals in more detail.
She used Canva. I had looked at it before, but needed some more guidance and watching the talk helped me see how to use it. It’s a lot like the old Microsoft publisher - yes, I’m showing my age.
So I had a go with some of the prompts from the Anon twilight one shot contest from years ago. It took me about an hour to make five of them, using the pre-loaded formats and inserting the picture prompts from the contest. The pre-loaded images are also set to the correct sizes for various formats from Facebook headers to Wattpad cover sizes. Neat. 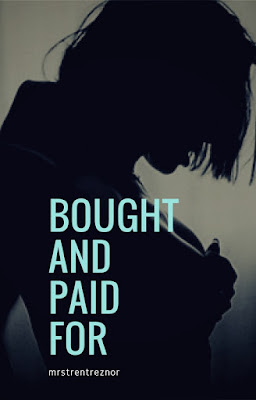 What do you reckon?
It’s a little dark, but it’s way better than this attempt where I used Word to make a cover. 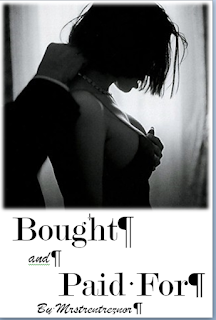 I mean for heaven’s sake… I am so used to seeing the pilcrow - that backwards P that shows formatting marks - that I didn’t notice it was visible in the cover I uploaded to Pinterest. Facepalms.
Why didn’t you guys tell me?
Links:
Canva
mtr’s fanfics on pinterest
Bought and paid for