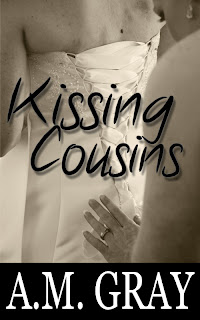 I wrote this story after being inspired by a photo. If you haven’t read it, I will warn that spoilers follow.
*SPOLIER ALERT*
It is a quick insight into a girl’s inability to resist the wrong guy. She knows he is wrong for her, she knows that he turns up and has sex with her when it suits him, and he will never acknowledge her as a lover or a partner. She knows this and she still can’t say ‘no’. She describes him as her ‘Achilles thong’; her intimate weakness, I suppose. By the end of the short story, she has said ‘no’, she has realised that the guy she is currently dating is a better, healthier choice and a nice guy. She tells him everything and he forgives her and still loves her.
It’s a circle of sorts. And I love circles in stories.
But one thing I had never anticipated was the reviews from Smashwords readers. I wrote that they were cousins. I didn’t say first cousins, but they are family. This was an issue for her in the story, because she can never quite get away from him. They keep meeting at family functions.
Wow! I had no idea that I had inadvertently stepped into the American version of incest. Which is oddly ironic, given the current battle that Smashwords and PayPal are having over the publication of incest.  I have no idea if my little story will cause my entire account to be deleted for breaching site rules on incest.
I am Australian. We have no such taboo about dating your cousin. You can even marry them if you want.
The Marriage Act prohibits people marrying:
an ancestor or descendant; or their brother or sister (whether whole blood or half-blood siblings). These restrictions also apply to adoptive relationships even if these have been annulled, cancelled, discharged or cease to be effective for any reason (for example, a subsequent adoption order being made).
This means, for example, that a person cannot marry their parent, grandparent, child, grandchild, brother or sister. However, (depending of course on the gender of the party) a person may marry their aunt or uncle, niece or nephew or ‘first’ cousin.
[copied from the Australian government attorney general information website.]

As far as I understand, it is not an issue for most countries in the world. Maybe it is a Puritan hangover for the US? I certainly had no idea that marrying your first cousin is illegal in more American States, than not. I guess if Americans are confused about it, too, then my little story might be safe. Oddly, it has the most downloads too. Way more than any of my other stories so far.
Most reviewers also seem to miss the point, that by the end, she has made the correct choice. I can only assume that they didn’t read to the end. I also keep getting told that it isn’t a romance. In Smashwords, I have to choose existing tags (at least, I think so - still new at this ‘n all) I looked up romance. It says it is a noun for a novel of a love affair. It’s certainly not Mills & Boon style romance, but it finishes on what I would categorise as happy for now.
Yeah… *picture me confused*.
Posted by AM Gray at 09:31