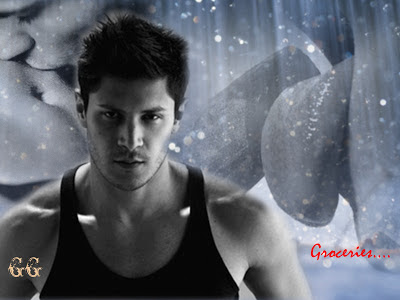 Well… picture me amazed. My second fic crashed through the million hit mark on fanfiction.net.  Best friends share everything did it a while ago in March 2013 and now, it’s Paul and Bella’s turn. In a way, it’s a more impressive feat because Apologies is half the length of Best Friends, so I guess it has been read twice as much! It is a little older, though. I am very proud of them.

This fic is a favourite with a lot of people. A huge amount of people tell me they reread it. The statistics show that, too; it gets a hiccup on the weekends. I have readers who tell me they read it aloud to their husband, printed it out and posted it to their man on active service in the gulf, and I have had over three thousand reviews on fanfic and many, many more on JBNP. (I can’t say how many - they don’t really count them.)
Apologies has won a couple of awards: it won the E is for erotic JBNP award summer 2011 and the Second All-Time Favourite Wolf Story of 2012. It missed out on being nominated in the non-canon awards as I had a limit of four nominations, but a number of people told me I was robbed; that it was the non-canon story. It has been translated into French by Emilie0611. She is up to chapter 43 - only one to go! Impressively, there are more than a thousand reviews for the French version.
I have a list of people to thank: every single reader (whether they reviewed or not), my betas; feebes86 and ruadhsidhe, JBNP for all their support and Goldengirl who made me some awesome banners. It was the kind of story where a whole lot of people gifted me banners. They got so involved in it.
I started writing on mother’s day 2011. My gift to myself, lol. I had been talking to one of my betas, feebes, about Paul Walker of the Fast and Furious fame. I sent her a shot of him from his Davidoff campaign with water trickling down his bare chest and that Paul became a different Paul in my head - the muse was off.
It was just supposed to be a sexy one shot rather than a full story. I posted the first chapter of complete smut; it ended with Paul saying that he was sent to talk to her and apologise for losing his cool and scaring her when he turned into a wolf. A few of the readers just said, “No - she can’t accept his apology. He has to apologise some more.” So I wrote a second chapter.
I had no idea where the story was going and that is unusual for me, so I asked the reviewers what they wanted. And they told me. So, now I had a to-do list of sex positions and locations. It was ridiculously easy to write. I’m not sure why. Maybe because I had that list? Maybe because Paul is my favourite character and I already pretty much had his character and speech patterns set in my head? I don’t know. But it took me from the 8th May to the 30th June and it was written; all nearly 100,000 words of it.
Now if I could just do that with my original works!!! *rolls eyes at self*
I realised as I was working that I needed something more to finish it, that there had to be something else to the story. It needed a finish. I went back and read through and oddly, I had left little hints to myself that I hadn’t noticed as I wrote. Not on a conscious level. I did read one review that stated that I had cleverly woven this thread through the whole fic. Uh-huh; not deliberately, I can tell you. But in any case, I like the ending. It works on a whole lot of levels. I always try to ‘fix’ Bella Swan. I like her to be more independent and to make her own decisions. In this fic she reinvented herself and even changed her name; called herself Izzy.
Funnily enough, I got a new name from this story as well. I made a joke when I posted a chapter that I had fulfilled a reader’s request. I said “Sabby's request for Paul to lose it and bust a nut... wish granted...whoa... I’m like some kind of fairy... the porn fairy.” There was much discussion on JBNP about what exactly a porn fairy left under your pillow. We decided it was booty dust.
And that’s where my profile pic came from. It’s me - as the porn fairy. Made for JBNP by enjoyyourjacob for an interview I did on the site. 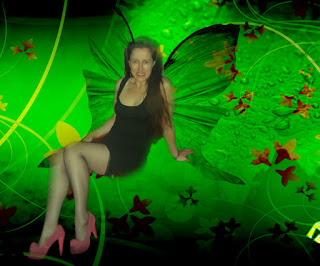