Can you augment your heart? 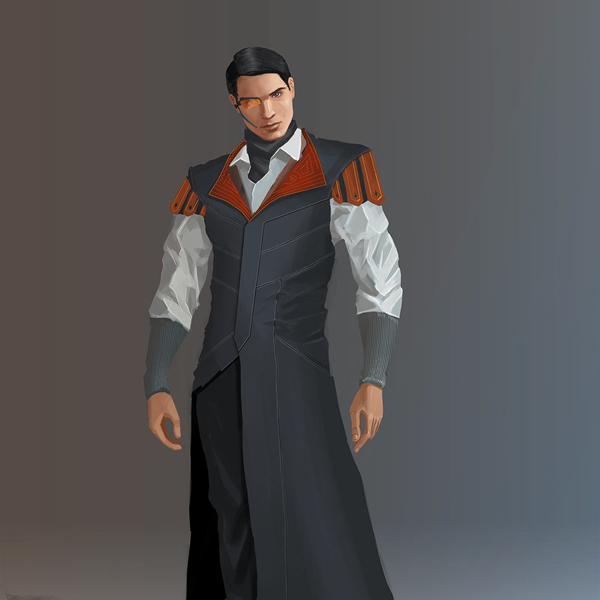 Writer’s Block
A picture says a thousand words. Write them.

Mission: Write a #story, a description, a poem, a metaphor, a commentary, or a critique about this picture. Write something about this picture.
Be sure to tag #writeworld in your block!
http://writeworld.org/post/107309835476/writers-block-a-picture-says-a-thousand-words
sci-fi - with old style leanings
Shobal Nenni
Andriel Sear
Tikva Dymond

******
He didn’t need the epaulettes on his shoulders to demonstrate his rank. It was obvious from both the way he held himself and the way everyone else in the room seemed too aware of him. He was the hub and they wheeled around him; trapped, held in his orbit. Unable or unwilling to break away.
The security team entered with the dishevelled woman held securely between them. Her hair covered her face and she refused to look up. She had walked here but only because she knew they were quite capable of dragging her and that would have hurt.
He heard them enter but took no notice. She watched him carefully and surreptitiously as he leaned over the strategy table. He looked the same as he did when he was a young man.
The man standing with him, his second in command, cleared his throat. A quick glance over his shoulder turned into a longer look and then he straightened up and took a step towards the group. He stood, hip pushed out, head tilted a touch and he scanned from her feet to the top of her head. Actually scanned her with the piece attached to his right eye. “Face,” he ordered.
It wasn’t said to her and she would not have given him the pleasure. One guard pulled her hair back hard enough to lift her chin. She tried to close her eyes.
A clap from him opened them again. He made a noise of delight. “Shobal,” he said, “I knew you would not forget my birthday.”
Shobal, the deputy, blinked. “And here was me thinking it was in October,” he deadpanned. He gave the woman a second look. Recognition dawned. He nodded his head in a small bow at her. “Ah. Thank the stars the guards recognised her.”
They hadn’t. They had a short argument about tossing her out the airlock before the one not holding her hair won. She knew it, they knew it. She wondered if they would turn on each other or wait for her to tell him. One pulled her hair harder as a warning, and she grunted.
Andriel noticed. He never missed anything, especially where it related to her. “Tik?” he asked. The guard flinched as he said her name. He didn’t let go of her hair and he probably should have.
She lifted her bound hands to point left. “This one wanted to space me.” Now to the right. “This one won the argument.”
He didn’t seem to react. At least until he moved, too quickly, and his arm shot out to grab the guard holding her hair. His hand closed around the man’s throat. He crushed his windpipe before he had a chance to say anything in his defense.
No one else moved.
Andriel had been scary before the augmentation; now, he was terrifying.
Silence.
A hand under her chin forced her to look at him. “I missed you,” he breathed at her.
“I hate you,” she spat back.
“Things change.”
“Don’t call yourself a thing.” No one spoke to him like she did.
He laughed. That was almost more terrifying than the murder he had just committed.
“You recognised her?” Andriel asked the remaining guard.
“No, sir.”
“Huh.” His honesty was unexpected. “You did, didn’t you, Shobal?”
“She’s lost weight,” he suggested, with a glance at the guard.
Attention back on the man still holding her by the top of the arm, Andriel asked, “But you didn’t want her spaced?”
“Had a... feeling, sir.”
“A feeling,” he repeated. “Good. Take her to my quarters. And then report to the lab.”
“Yes, sir.”
*******
“The lab,” she muttered as he marched her along the hallway. “He’ll find out what makes you different and he’ll change you. You’ll be like him.”
“Good.”
“Ugh.” She had tried, thinking he cared about her fate. He didn’t. Merely concerned with his own. Augmentation was expensive. They didn’t waste it on talentless candidates.
He locked her in.
*****
Shobal knew his leader’s attention was not on the display. He was almost twitching. Too aware of the woman’s presence.
“She has lost weight,” Andriel said as he studied the strategy maps. “Perhaps I should look after her for a day or so.”
“She will blossom under your attention.” Or bleed, Shobal didn’t say. There were good reasons why he was his second. “You might be able to discover why she is here ... and now?”
“True.” He spun on his heel, his coat hem flared and he strode out of the room.
After a longish pause, another officer checked, “Sir, who is she?”
“Tikva Dymond. With a ‘y’. I’d advise you to memorise her face.”
“Yes, Sir.” The junior started checking his handheld for her file.
Another pause. “He still loves her,” Shobal added to no one in particular. “Has since they were teenagers.” These days, you could change almost anything about yourself if you had the funds. Shobal wondered if Andriel would ever find the way to change his heart. He hated her because he couldn’t stop loving her. And she hated him because he literally wasn’t the man she loved but looked enough like him for it to hurt.
“She’s part of AA.” The anti-augmentation group.
“Yes.”
“Why is she here?”
“He’ll find out.”
The officer looked pale.
******
She explored; her hands held awkwardly in front of her. Minutes, might be all she got alone. Her clothes were still there. Everything was still there. As if she had just stepped out for a day. Any thoughts of searching went out of her head and she collapsed on the floor in front of her perfectly preserved dressing room.
The door clicked open and he walked in.