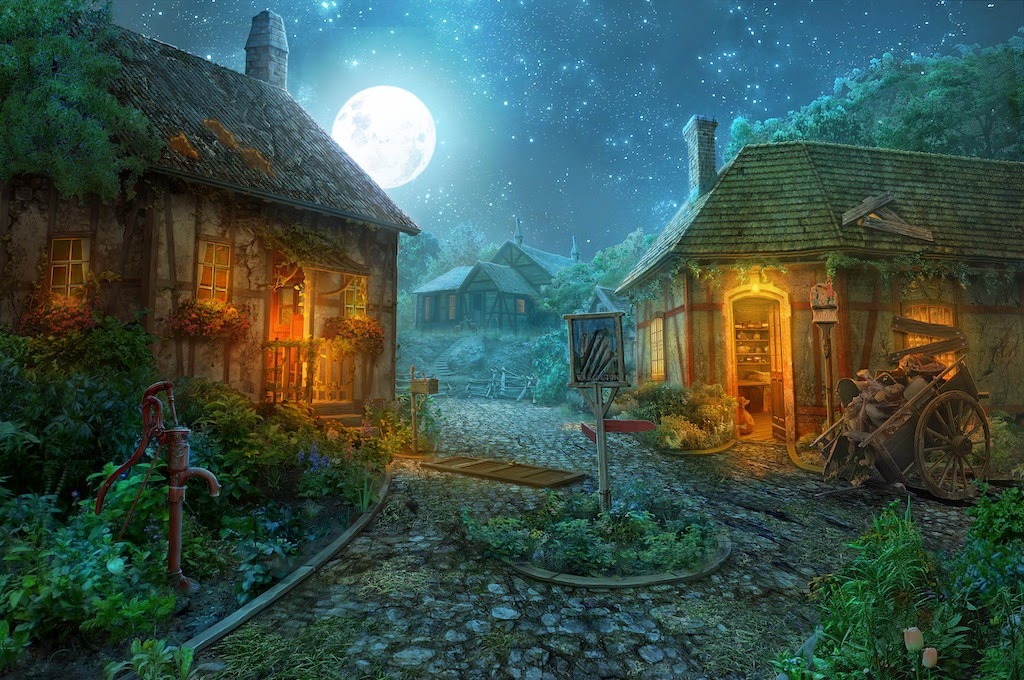 The man approached the small town. He was tired and needed a room for the night and he assumed the town would provide one.
But when he got to the centre of town (marked by a circular garden with a sign post in the centre of it) he noticed something very unusual. The sign had been raked  by an animal with four claws. A very tall animal. One that could both reach the sign, mark it and do it with such control that it didn't knock it over.
And then, after that, it had torn the door off one house. And left it in the centre of the path. The house on the right fared no better. It sported an enormous hole in the roof and a broken window. The front door was open or missing as well, and he saw that it was actually a shop; not a home.
He stuck his head inside. “Hello?”
An older man, looking harried and stressed, stood up from a crouch. He held a dustpan and broom in his hand. He made the kind of small groan that someone with back trouble makes when they stand up.
“Sorry,” the stranger apologised. “I was just looking for a room for the night.”
“Do you mind sleeping on the floor?”
“No.”
“I’ll pay you to sleep here.”
“Pay me?” he queried.
“Why not? You look like a strong young man.”
A roof over his head, and coin in his pocket? He was thinking about it and in the meantime, the man spoke again, “I’m so tired. And I’m too old for this.”
“And your back hurts.”
He got an odd look for that.
“Yes.”
“Okay.”
“You’ll do it?” the shopkeeper checked.
“Throw in a plate of that stew I can smell and I’ll do it.”
“Done.” The shopkeeper handed him the dustpan and broom.
By the time he had finished making sure the floor was glass free, dinner was on the table. He ate with gusto but he was going to earn it. It was a brave man who kept watch against whatever it was that had attacked the town and had claws that large.
Turning all the lights out, the owner headed off to his own room out the back and his impromptu guard bedded down on the floor. Pity the shopkeeper didn’t see him; he turned around three times before he curled up in a neat bundle and went to sleep. His hearing was good enough to notice an intruder.
But there wouldn’t be one, he was thinking that this had worked so well, he might be able to milk it for a few days and then try it in the next town.