Yes, I have decided to do nanowrimo again. Buddy me up here if you wish.
I completed it last year and then did nothing with my 50+k words. Sigh… *smacks self in head*
This year, I am extending a short story. Snorts. When has she ever done that before? The story was the castle of trees one posted on the blog, here.
It featured a wizard and his human assistant. I liked them and it seemed to have real potential to be extended. A week later, I saw another prompt that made me think of writing it for those two characters.
I do a lot of writing prompts from Writeworld, and the fantasy ones always seem to be an expansive background shot with one or two small figures in the foreground. I got the idea that to do nanowrimo, I could pretty much write a short story for every fantasy looking prompt that would fit. Voila! Fifty thousand words!
So I went through my Drive file of picture prompts and found, not thirty or so of them (one for each day x1600 words makes 50k), but forty six of them! Too easy. So my Scrivener corkboard looks like this. 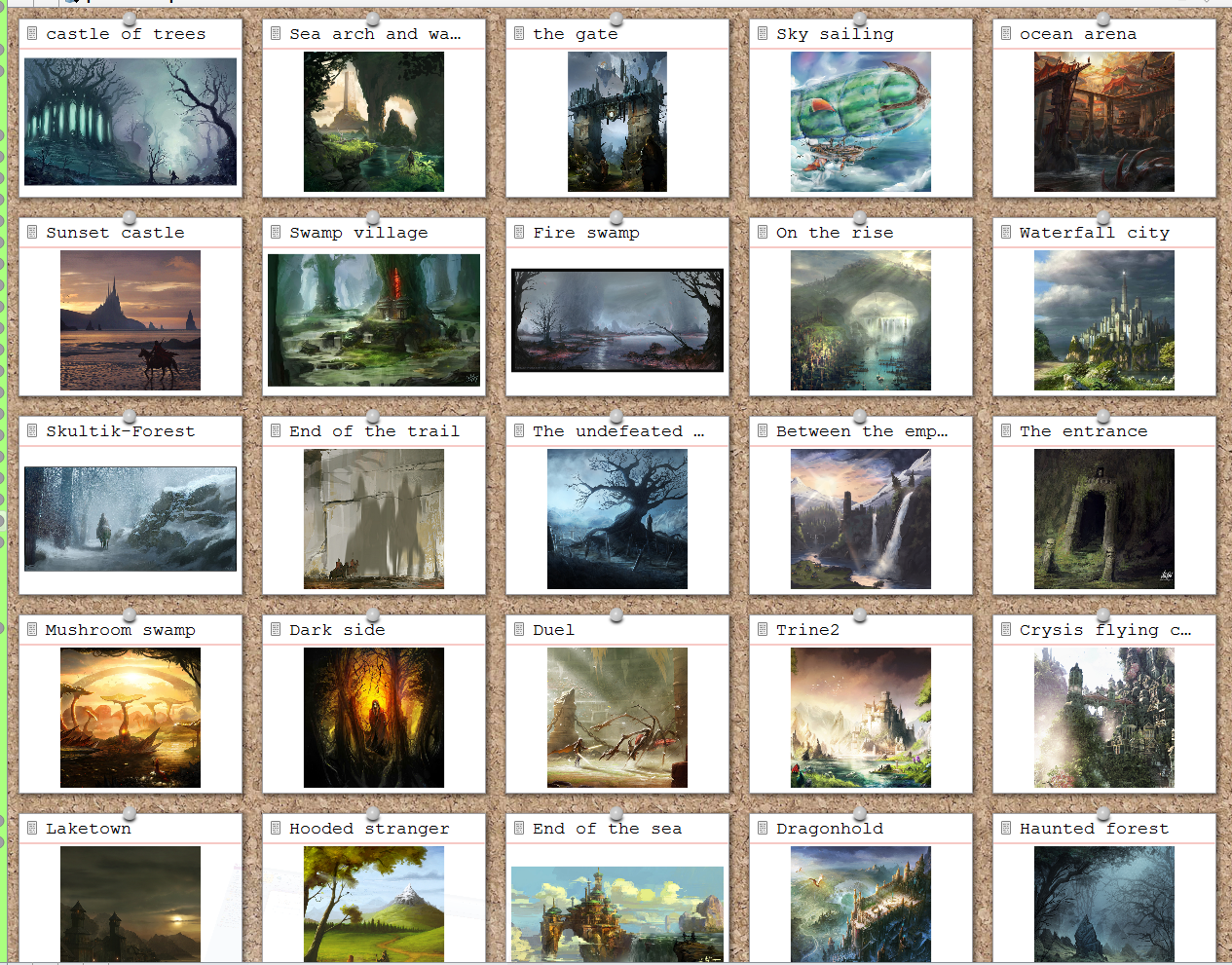 Then I had to think about story structure. I haven’t written a standard hero’s quest yet but I have read a lot of them. Neat. That will do. I found a Scrivener template for a hero’s quest. It already has the document set up with the standard three part circle structure of departure, initiation and return; and it has all the subcategories - ‘refusal of the call to adventure’ or ‘supernatural guide appears’ for instance.
Conon was the name my Scrivener name generator gave me. He may not keep it, I will see. Second story, Conon became bisexual. If he’s really old, he would have to have tried everything. It made sense to me. Then I started to wonder why he had taken Edwin with him? What is Edwin’s purpose? Is Edwin special? If so, how? Is Edwin the Sam to wizard Frodo? Is he what keeps Conon earthed; stops him from going too power crazy? Or is Edwin the secret child/power/weapon? How close do these two men get on their adventures together? Is Edwin really the hero? Is it really HIS quest? And if so, for what? To find out who he really is?
I have dozens more questions and thus, I have a story.
So my nanowrimo story for 2014 is a fantasy hero’s quest bisexual love story.
Clears throat. Ahem… that one is going to be hard to categorise on Amazon, eh?
Wish me luck.