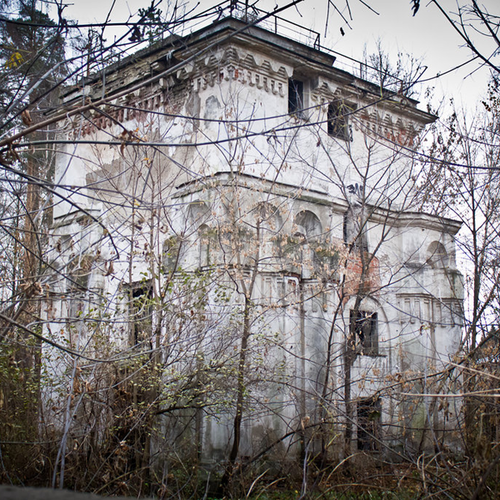 ~~~~~~
The party of armed soldiers crept through the scrubland surrounding the building until they could see it clearly.
“What the heck is that?” the tallest man in the party asked.
“Research institute,” the leader replied.
The first man studied the building. It was maybe five storeys tall, had very few windows and the remains of a safety railing around the roof. “So... what do they study in there? Something that doesn’t like sunlight.”
The woman snorted. “You’re not as dumb as you look, Jack.”
He grinned at her, clearly not taking offence. “What’s with the safety railing? Do you reckon?”
“Overzealous government department.”
“Ooh.” He made a low whistle. “Government, you think. I vote for private company.”
“Why?” she asked despite herself.
“They haven’t trimmed the trees nearest the building.”
“Oh, come on. That could be cover.”
“Cover? How? The thing’s a huge ugly box.”
“Are you two quite finished?” the leader asked.
The others were studying them.
“What are you two up to?” another man asked.
“Up to?” she repeated. “Nothing.” She didn't look at the tall man, but it seemed deliberate.
“Oh, ho,” the guy crowed. “You are doing it.”
Her eyes narrowed at him. “We were arguing.”
“Exactly.”
“Doing what?” another younger member asked.
“Ask your mum.”
“Huh?”
“Sex, you moron.”
The young man pointed at Jack. “With him?”
“Oh for...” She swore under her breath, rolled her eyes, adjusted her weapon and stalked away.
The leader raised an eyebrow. “Jack?”
He folded his arms. “I have nothing to say.”
The squad all chortled
“Definitely not stupid.” The leader folded his map. “Let’s get going. Maybe you should go that way, Jack.” He pointed in the opposite direction to the way the woman had gone.
~~~~
© AM Gray 2014