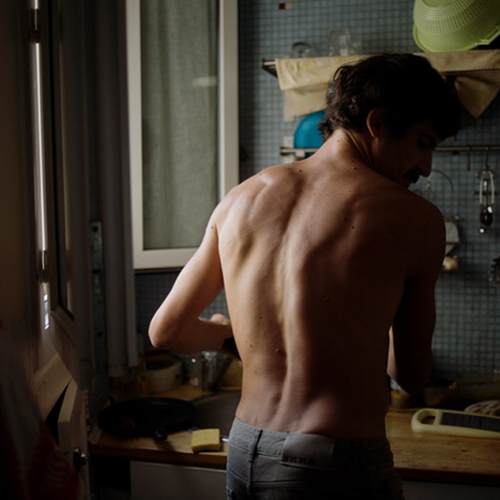 Picture Source: gonzale.deviantart.com
http://writeworld.tumblr.com/post/96557682403/writers-block-a-picture-says-a-thousand-words
~~~~~~
She lay on the bed; the sheets held up around her chest and watched him bustle around in the tiny kitchen.
“What are you doing?” she asked.
He turned to look at her. “You’re awake.” He waved the kettle at her. “I’m making coffee.” He filled the kettle at the tap. “You do drink coffee?”
“Yes, I do.”
“Just as well.”
“Pfft. That sounded like a threat.”
He flashed a grin over his bare shoulder. “Oh, it was. Not drinking coffee is a deal breaker.”
She chuckled. Watching the lean muscles on his back bunch as he lifted the now full and much heavier kettle to the stove, she had a flashback of the previous night. Her hands gripping at those muscles as he moved above her. Her nails sunk into his flesh. She had left marks on him, she was sure. Not that she normally behaved like that. Not that she normally picked up guys in the street. Nor did she normally stay. She was used to sliding out, getting dressed while they slept, and running.
This one seemed to be different.
But his back was bare and obviously unmarked. She didn’t think about it before she spoke, “I scratched you,” she said.
“Nah.” He had moved on to making toast.
“I did.”
He didn’t look at her, now. “I can’t be sure... I was enjoying myself too much, but I don’t think you did.” He searched in the fridge for spreads.
Frowning, she tried to think.
“You can have another try, if you like.” A wicked grin accompanied that suggestion and a wave of the strawberry jam jar.
“After breakfast,” she said.
“Sweet.”
She didn’t normally stay for seconds, either. This guy was very different.
~~~~
© AM Gray 2014